Grandpa and his Grandson

Our Oahe Speedway family is in mourning following word that Charles Serbousek and grandson, Joseph
lost their lives in a drowning accident Wednesday evening, July 21, while fishing at Farm Island State Park east of Pierre, SD. 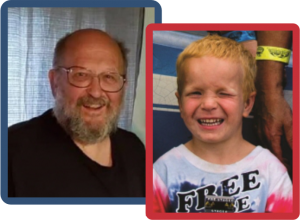 Charles J Serbousek was born on June 25th 1951 at St. Mary’s Hospital in Pierre to Charles R and M. Ardeth (Vrooman) Serbousek. He grew up on a farm in Sully County and attended grade school at Pearl Elementary and graduated from Agar High School in 1969. He went on to attend college in Springfield at Southern State College and Augustana in Sioux Falls. After college he moved back to the farm and worked at Lafaye Electric before moving to Pierre and working at Century Manufacturing and Wal-Mart maintenance for 25 plus years. Chuck loved NASCAR and racing his whole life. He used to help with the races at the old Oahe Speedway working on the Eight Ball car and in recent years was very involved in drag racing at the Oahe Speedway. He also had an interest in photography and took many pictures over the years including senior pictures for his sister. Whenever he had the time he would go hunting and fishing and enjoyed being outdoors.

He is survived by his son Eric (Sarah) and grand-daughter Karleen of Pierre, his brothers and sisters; Mary(Rich) Pease of Pierre; Lawrence (Tammy) Serbousek of Denver; Bob(Margie) Serbousek of Gastonia, NC; Janette(Keith) Byer of Pierre; Colleen(Craig) Sandal of Flower Mound, TX and brother-in-law John Faz of Lincoln, NE. He is also survived by his uncle Gerald Vrooman and aunts Eva Marie Severson, Hazel Vrooman and Shirley Vrooman. Also surviving him are several nieces, nephews and cousins.
He was preceded in death by his Parents Charles and M. Ardeth grandson Joseph, one sister Pamela Faz, grandparents Joseph J and Ella Mae (Pitlick) Serbousek and Charles A. and Myrtle (Snyder) Vrooman. He is also preceded in death by five uncles and four aunts.

Joseph C. Serbousek, 6, of Pierre passed away on Wednesday, July 21, 2021 at the Farm Island Recreation Area near Pierre from the result of an accidental drowning while trying to save his grandfather who had suffered a heart attack and fallen into the water. Visitation will be held from 5:00pm-7:00pm on Tuesday, July 27th at the First United Methodist Church in Pierre with a prayer service starting at 7:00pm. Funeral services will be held on Wednesday, July 28th at 11:00am at the First United Methodist Church in Pierre with burial to follow at the Agar Cemetery. The funeral services will be live streamed at the top of his grandpa Chuck’s obituary page the day of the service at www.isburgfuneralchapels.com.

Joseph was born on January 14th, 2015 at Avera St. Mary’s in Pierre to Eric and Sarah (Sullivan) Serbousek. From the time he was a toddler he was a very inquisitive boy with a knack for being able to fix and take things apart. If he wasn’t playing he was in his dad’s shop pretending to work on cars and use equipment that was well beyond his years. He was a loving big brother to his little sister Karleen that he adored from the day she was born. He went to kindergarten at Kennedy Elementary where he earned many Star Student Awards. Joseph loved anything outdoors especially hunting and fishing or having to do with cars and drag racing. He was a very active boy from the time he woke up in the morning until he went to bed at night.

He is survived by his parents Eric and Sarah and sister Karleen of Pierre. His grandmothers Linda Sullivan (Joe Meinen) of Vivian and Marianne Heib of Sioux Falls and his grandfather Charles Sullivan of Pierre. He is also survived by his aunts and uncles Samantha Sullivan of Pierre; Matthew (Bobbie Ann) Sullivan and Chyan of Grenville, SD; Terry Lockhart of Pierre; Miles McNickel of Pierre; Justin Tjeerdsma of Pierre; grandpa and grandma Jay (Beaula) Tjeerdsma of Springfield, SD; cousins Jayda Boxley, Addison Waage, Ann Tjeerdsma special friend Morgan Roman and numerous cousins and great aunts and uncles. 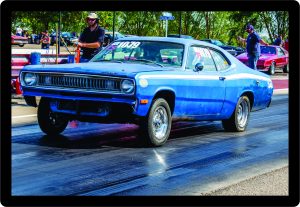 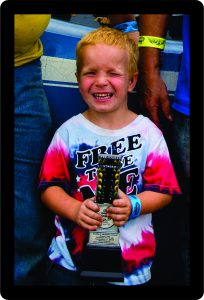 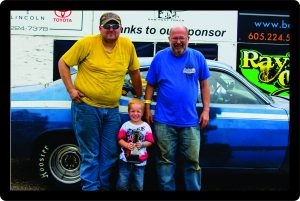 Please keep the entire Serbousek family in your prayers.