Owner of Brainerd International Raceway dies off the coast of Florida 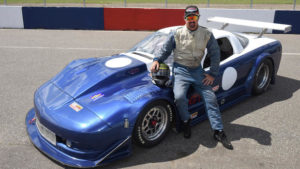 The body of a missing boater found Monday, Nov. 12, was identified by family as Jed Copham, owner of Brainerd International Raceway. NBC2 News in Florida was reporting that the Lee County Sheriff’s Office removed the body from the water near Punta Rassa. Search and rescue teams temporarily suspended their efforts to find the boater Sunday night after he had gone overboard earlier in the day. The call to suspend the search came hours after law enforcement swarmed the waters off the coast of Lee County, near Punta Rassa, around 3 p.m. Sunday. Lee County deputies haven’t released details on how the boater went overboard. Witnesses, however, said an anchored yacht seemed to be the center of the search. Crime scene tape blocked off the Punta Rassa boat ramp while others on the water were being directed away from the area of concern, witnesses said.

Copham and his wife, Kristi, purchased the 600-acre BIR complex in 2006 from Sports International Inc. of Michigan which had owned the facilty since 1994.